But while an energy price cap plus supply-side tax cuts would prop up demand, it’s also likely to drive up interest rates above 3%.

Liz Truss kept the economic policy pronouncements vague during her leadership campaign and first speech as UK prime minister, but she did set out some principles that will dictate her approach economic policy making: She plans to cut taxes, dislikes “handouts,” and will unleash supply-side reforms to drive growth. Oh, and she’ll also support the ailing National Health Service and increase defense spending. 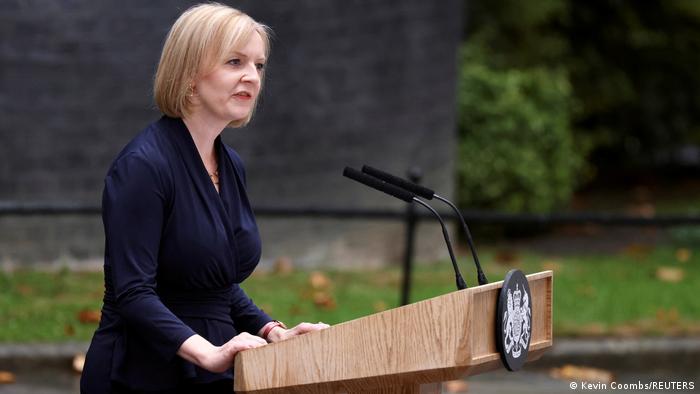 So far, so Thatcherite — or rather Reaganite. But in the current economic climate, her thinking has been characterized as “fantasy economics.” I spoke with Bloomberg Economics Senior UK Economist Dan Hanson about what’s real and what’s fantasy in the options available to Truss.

Therese Raphael:  Bloomberg Economics has forecast that the UK economy will slip into recession as winter approaches, with gross domestic product falling 1% in the fourth quarter. We have a new prime minister promising that relief is on the way — at least some £130 billion ($150 billion) of support for households over the next 18 months and £40 billion for businesses. So much for no handouts. How would that kind of package impact inflation and growth?

Dan Hanson: The numbers being spoken about are enormous — something in the region of 7% of GDP. If these policies see the light of day, they will have a massive impact on growth and inflation. A recession next year would no longer be the base case, while headline inflation would be materially lower with the price cap. Instead of peaking near 15% in January, I wouldn’t expect it to rise much further from its current rate of 10.1%. It could even put the BOE’s 2% target in sight by the end of next year.

In terms of BOE thinking, the support will represent a massive demand shock so even though headline inflation is lower, domestically generated cost pressure is likely to be stronger, meaning inflation proves more persistent further ahead. That could well mean interest rates have to move higher than the 3% peak we have in our forecasts.

TR: Given Truss’s tax-cutting pledges, all of this will require a great deal more borrowing in the short term. The Trussies (as we’ll call them) argue that markets will be relaxed about that. Former Chancellor of the Exchequer Rishi Sunak warned that markets could lose confidence in the British economy. What’s your view?

DH: As an ex-Treasury official, it probably won’t surprise you to hear that I agree with Sunak on the tax cuts. They will provide support to the economy in the near term, but I think they will fall a long way short of “paying for themselves.”

Ultimately, if you are going to blow a hole in the public finances with tax cuts, you need a plan for how you will get borrowing back onto a sustainable trajectory. What compounds the issue for markets is that the UK also runs a large current account deficit, which means it borrows from the rest of the world, relying on “the kindness of strangers” as the ex-Bank of England Governor Mark Carney once put it. If a plan to rein in the fiscal deficit remains absent the recent trend of rising gilt yields and a falling currency could persist for some time yet.

TR: One problem for Truss’s plan to boost growth is that business investment in the UK is below levels seen at the end of 2019. Do you think that scrapping the planned increase in the corporate tax to 25% from 19% will significantly improve that picture?

DH: There is definitely room for some catch-up and by canceling the rise, Truss has removed one of the big headwinds to capital spending next year. But there will be significant other noise that could drown out the boost: higher interest rates, potential uncertainty about Brexit and a weak economic backdrop — there’s plenty of gloom out there right now. In our own forecasts, business investment fails to grow until the second half of 2023 when the economy starts to recover.

There’s room to try something new, though. Sunak’s super deduction — generous tax allowances for investments in plant and machinery — hasn’t been as effective as expected, but I still think there is something to be said for beefing up capital allowances to lower the overall tax burden on business investment.

TR: We can’t talk about economic growth without talking about the UK’s woeful pace of labor productivity growth — which you’ve noted averaged only 1.8% between 2000 and 2007 and rose only 0.7% since 2010. What could Prime Minister Truss announce that would convince you future productivity growth will be stronger?

DH: Forecasters have spent the past decade or so waiting for some revival in productivity growth and it just hasn’t happened. It’s also true that these policies take a significant amount of time to have an effect. So it’s going to be very challenging to hit her target of 2.5% growth overnight.

That’s not to say she can’t focus her efforts on policies that will help the economy in the longer term. One of the really interesting things about the UK, which has been highlighted by ex-BOE chief economist Andy Haldane, is that there is a larger dispersion of productivity performance across firms. There are some extremely productive firms which in some cases are global innovators, but you also have a long tail of very low-productivity firms.

One idea is for policies that promote the sharing of ideas between those at the bottom and top end of the distribution in similar sectors and regions. That might move the needle on the UK’s productivity performance.

TR:  The new chancellor of the exchequer, Kwasi Kwarteng, has tried to reassure markets that the government isn’t looking to roll back Bank of England independence. But it is assumed Truss will carry through with her pledge to revisit the BOE’s remit. Are there any changes you think would be an improvement? Is now the time to tinker?

DH:  Reasonable people can disagree on whether the Bank made a policy mistake last year by not ending QE and starting the process of raising rates sooner. For some, double-digit inflation is all the evidence needed to blame Andrew Bailey and co. For others, the uncertainty created by the end of the pandemic furlough scheme was enough to justify a slower response last year. The truth is that offsetting the energy-driven rise in inflation we’ve seen would have required the Bank to engineer an enormous recession.